All Energy Flows According to the Whims of the Great Meme 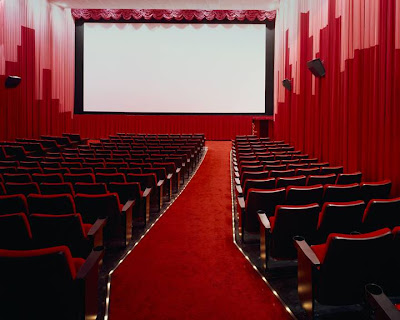 The only thing saving you poor saps from a long and winding diatribe about how the Democratic party is in the process of screwing itself out of a four year stint in the White House is the fact that Mr. Furious (no stranger to political wonkitude himself) decided to tag Rickey for a fun little meme. So here are the rules for this meme that Rickey is bound to abide by: Rickey must look up 15 of his favorite movies on IMDB, take a quote from each and post 'em for his readership to properly identify. As you movie savvy readers correctly identify the quotes' cinematic origins in the comments section below, Rickey will cross them off and give credit where credit is due. And no cheating, you unscrupulous bastards (i.e., Googling). Either you're geeky enough to know these quotes or you're not. Every up to speed? Good, because no one is going home until all the quotes are properly identified. Here we go.

1) -Do you really think I oughta swear?
-Yes, definitely. Goddamn it George, swear. "Back to the Future" (Toasty Joe)

3) Son, you'd better get your head and your ass wired together, or I will take a giant shit on you. "Full Metal Jacket" (Toasty Joe)

4) -Have you ever heard of Evel Knievel?
-No, I never saw Star Wars. "Armageddon" (anonymous internet jackass)

5) Son, in 35 years of religious study, I have only come up with two hard incontrovertible facts: there is a God, and I'm not Him. "Rudy" (anonymous internet jackass)

8) I will live in Montana. And I will marry a round American woman and raise rabbits, and she will cook them for me. And I will have a pickup truck... maybe even a "recreational vehicle." And drive from state to state. "Hunt for Red October" (anonymous internet jackass)

9) I dunno what the hell's in there, but it's weird and pissed off, whatever it is. "John Carpenter's The Thing" (Mr. Furious)

10) I love this neighborhood. Some of these broads are wearing my salary.
"The Thomas Crown Affair" (Adrian)

12) I've hired you to help me start a war. It's a prestigious line of work, with a long and glorious tradition. "The Princess Bride" (Heidi)

13) I don't give a shit about the barracudas, fuck it! I'm building it anyway! "Rushmore" (Smitty)

14) Waitess: What do you want in your omelette, sir?
Actor: Nothing in the omelette, nothing at all.
Waitress: Well, that's not technically an omelette.
Actor: Look, I don't want to get into a semantic argument, I just want the protein. "Grosse Point Blank" (Erik)

And now Rickey gets to pick a few unwitting souls to unleash the aforementioned meme upon... Lets see here:

Labels: Movies, This is Where memes come to die

eff! i don't know any of these! what the hell kind of movies are you watching? god i suck.

Rickey made em a little challenging, but they're all from movies that most folks have seen. What, you wanted Rickey to go with "Hereeeeeeees Johnny!" or "Hasta La Vista Baby" instead? That would've been no fun at all...

As a popcorn flick, Rickey happens to enjoy Armageddon, thank you very much. Wild Wild West is just inspipid.

1. Back to the Future (a fine choice)
3. Full Metal Jacket
7. Ghostbusters
15. Dr. Strangelove

You will pay sir.

You have heard Kevin Smith's story about WWW, right?

Rickey, how do you do that "crossing out" thing in your post? I've always wondered this.

Ah yes, the strike out text, one of the many tools in the utilitly belt of the snarky blogger... The html code can be found hither

Aw, too hard? Rickey went easy on you Frogster. You want challenging? Get a load of this guy's quotes.

OK, mine have been posted. Enjoy.

I really should have known 12.

The current political climate is really going to wreak havoc with people's guesses on that one...

Yeah, #12 should mess with people's expecations. It's really the last movie on earth you'd expect to contain that quote.

Hey you Rickeyphiles, head over and finish off my list...There are three quotes left that have the stumped.

Have the regulars stumped, that is.

Crap, the anonymous internet jackass beat me to the Red October one! bah!

And the one about women wearing his slary sounds (in my head) like rodney dangerfield... but in what??

woops...ok...not wag the dog...gotta read comments before i go jumping in...

#12 = The Princess Bride.
Probably the movie i have seen more than any other. Fun meme!

Heidi? Who the hell is Heidi and how'd she figure that one out?! Damn, Rickey was rooting for a regular to get that... Indeed, "The Princess Bride" it is!

That would be "Die Hard III"

That Omelette one is on the tip of my tongue.

You know what? I was thinking that might be "Die Hard III," but then I realized that this list is supposed to be a list of Rickey's fifteen FAVORITE movies of ALL TIME. And, for the love of pete, "Die Hard III" could not POSSIBLY be on that list. Shit, I'd look at Rickey askance if "Die Hard I" was on there, and I liked that movie.

I've got my quiz up.

Please don't ever do this to me again.

And the omelet one sounds like Five Easy Pieces but I know that's about the toast....

Toasty: no, this meme really isn't from Rickey's 15 favorite flicks... Rickey's never really sat down and listed his 15 favorite movies, these just kind of came to mind. And as far as "fun NYC movies" are concerned, DHIII is pretty damned good...

George: Rickey's apologies. But even by meme standards, this one is kind of fun.

Erik: Well done sir. Rickey was debating using the Sean Connery "winners go home and fuck the prom queen" line from The Rock but figured that would be too obvious. Also, mazel tov on the Grosse Point Blank quote.

I wish I had gotten here sooner..... pickings were slim.

#13 is Rushmore. I love that movie. My favorite scene is where Bill Murray is standing, pot-bellied and in Budweiser swim trunks, on a diving platform. A scotch in his hand. He notices his pathetic life, and jumps in.

I see I was tagged. I have a silly political post up today, but will indeed respond in kind tomorrow.

And that leaves just #10 unanswered. Rickey will give you folks a hint: it's one of three John McTiernan movies that Rickey used for a quote (Rickey just noticed that... odd).

I don't know who john mctiernan is...but is it Beverly Hills Cop?

ok. i did mine.
check it out. i have a pathetic 2 guessers.

Leigh: many thanks, Rickey be sure to will check it out.

I hate you so very very much.

At least you picked a meme that is cool. I'll have mine up Friday cause tommorow is my guest post for Radioactive Liberty.

I've gotta get my meme up; would it be horrible if i did quotes from TV shows, instead? Yeah, I'm lame, but I do write on a TV blog.. I'll figure it out. Maybe I'll do Lifetime movies, because they're movies AND tv.

The meme lives at The Skwib now, Mr. Carbuncle!

Armageddon is one of your favorite movies? Really?