In Which We Introduce our Newest Contributor... 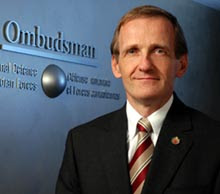 As many people will tell you, comedy isn't easy. And the problem with running a blog like this is that eventually it devolves into Rickey trying to write like Rickey rather than writing about what’s actually on his mind. A sea-change is indeed necessary to shake things up a bit.

So in our perpetual effort to amuse and entertain you, we here at RwR recently posted ads in Craigslist for an ombudsman for this site. Because very few people are aware of what an ombudsman actually does, we received a wide variety of responses—some good, some not so much. We even got some queries from women looking to date men resembling Ulysses S. Grant. But in the end, the decision had already been made for us.

It is with great pride and restrained trepidation that Riding with Rickey presents Adam, our newest contributor. Over the past year we’ve watched with great curiosity as Adam has honed the craft of blogging about 24 to a sublime art over at The Jack Sack. This new endeavor frees up Adam to occasionally write about non-24 matters whenever he sees fit. Have no fear however, his fantastic posts on CTU: Denver will continue throughout the summer. Look, somebody’s gotta keep the entire 24 community from climbing up bell towers with sniper rifles this summer, and Adam’s definitely the man for the job.

In related news, Rickey is now a contributor to The Jack Sack. Indeed, think of this as a Marvel/DC crossover, except geekier, if that’s even possible. Or a Voltronesque meeting of minds if that works better for you skippy. Rather than adopt the moniker of Rickey Williams or Branch Rickey, Adam decided to keep his nom de plume with the knowledge that if “Highlander” has taught us anything, it is that there can be only one! …Rickey.

On a personal note, being a good friend of our newest contributor, Rickey would like to add that Adam is a helluva Mets fan and all around great drinking buddy. Moreover, the man knows his movies and enjoys frequently taunting Rickey about his extensive collection of Michael Bay DVDs. (Fuck everyone, “Armageddon” is a very underrated art house flick). In short, he’s a mensch amongst mensches. We’re excited to have him aboard.

Strength in numbers is a fantastic thing, especially when it provides Rickey with free time to cultivate his blossoming drinking problem. You’ve heard of the idiom about 1,000 monkeys at 1,000 typewriters, yes? Well RwR now has exactly two.

"It is with great reluctance that I have agreed to this calling. I love democracy... I love the Republic. The power you give me I will lay down when this crisis has abated."

As long as you keep calling me Skippy, I'll keep reading...

geez. am I that predictable?

And then there were two.

When Rickey and I hang out, we speak of you as if you were the Pope, or some other lauded dignitary.